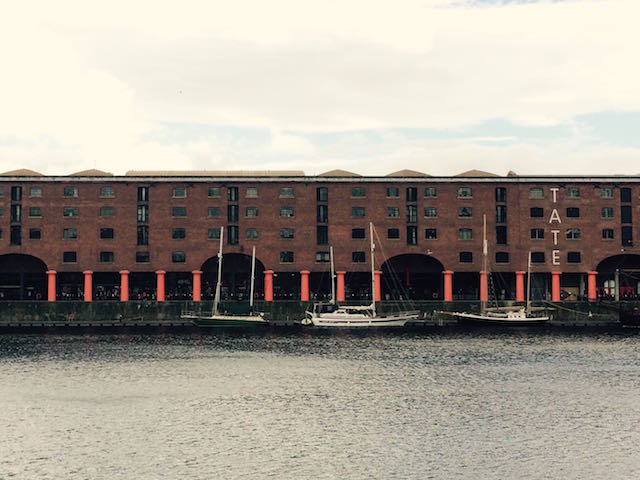 Today I went on a recce to the Tate Liverpool for a course we are designing at Think Up for a client. As I left the event hosting space I was left to wander the Jackson Pollock exhibition. The show will still be running when we hold our event, which great because I can see three ways in which this exhibition can be used to support the learning on our course.

1. Working with the subconscious

One of the features of the model of idea generation that I will be introducing is the important role of the subconscious in creativity. In Daniel Goleman‘s book Focus, he describes (more elegantly than I am doing here) how the ‘active’ brain is always on the lookout for useful stuff that the wandering brain generates. On this theme, I picked up some useful quotes from the exhibition notes:

‘Pollock’s aim to work directly from the subconscious led to a radical process of dripping and pouring paint over large canvasses placed flat on the studio floor…”the modern artist…is working and expressing an inner world – in other words expressing te energy, the motion, and other inner forces.”

Then, this from another section:

‘Although there was an element of chance Pollock frequently spoke of the importance of decisions over the merely accidental.’

My intention is to use Pollock’s work to emphasise the link between the conscious and subconscious in creative work.

2. Relating to your audience

Engineers often have to communicate ideas to audiences with different value sets. One place where there is commonly a clash of values is around aesthetics. Engineers typically get little training in aesthetics, compared, say, to architects. Therefore it is unsurprising that engineers can find themselves cut out of such conversations with the client when an architect is at the table. In the course that we are creating, we are not trying to run training on aesthetic appreciation, but simply intending to make the point that you need to understand the perspective of the audience you are dealing with.
To help make this point, I think there is a role-play example that we can create that involves Pollock’s work, given the bumpy relationship he had with his audiences. One idea might be to get engineers to take on the role of Pollock’s agent, and to get them to persuade a critical viewer of the merits of his work.

Pollock reflects that ‘his new works require a lot from the viewer’. I find this exhibiton forces me to think hard, and not merely to engage with the surface, and I think the same can be said of good creative thinking. You need to think hard.
To conclude, as ever, I’ll have to see if there’s time in the programme to fit in these ideas. I hope that there is.