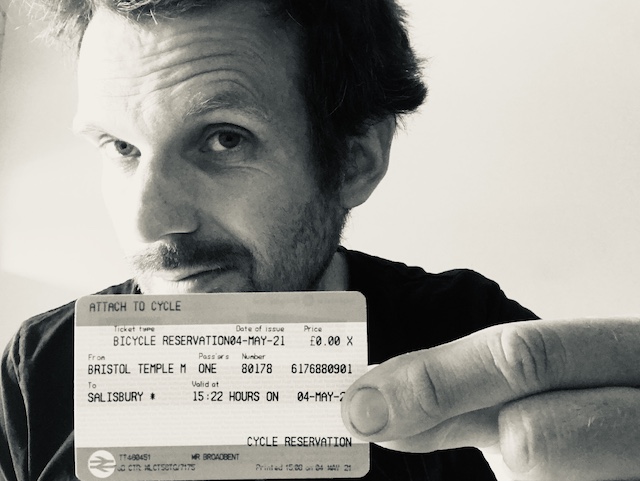 Go to the station. Stand in the queue. Look at all the people and wonder where they are going. See leaflets in the rack for places you hadn’t thought of going before. Look up at the station architecture, notice how drab it is, notice where someone has made an effort.

Talk to the person at the window. Smile at them. You might be the first person to do this today. Engage in life-affirming transaction. You want to buy a ticket and they want to help. Ask an expert. What’s the best route? What’s the best time to travel? Find out if there is a different way. Find out if there really aren’t any spaces available for your bike (or was the computer lying?).

Leave, ticket in hand, a malleable scrap of evidence that you are going somewhere and you didn’t just imagine it. A ticket that won’t run out of power.

Drivers, please don’t complain about the traffic: you are the traffic 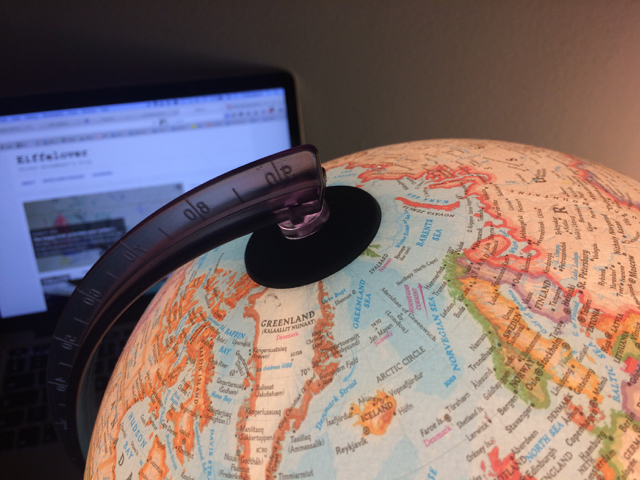 Photographer and photojournalist Nick Cobbing talks about photographing the Arctic, what happens to photographic equipment at minus 38 degrees, using drones to take photos, the role of the audience in the creative process, being reduced to tears by the beauty of the planet, the best places to swing dance north of the Arctic, life hacks for creative people working on their own and whether penguins tango or waltz.

END_OF_DOCUMENT_TOKEN_TO_BE_REPLACED 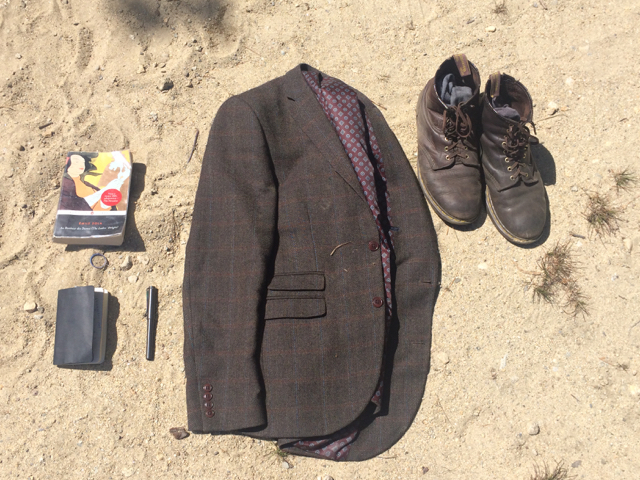 I love packing. But until four years ago, I hated it. I would put off packing my bags, leave it to the last minute, forget things, bring the wrong things, and make the same mistake again next time. Packing became a lot more complicated when I started to pack for a child too.

Then one day I realised I needed to create a master list, a go-to reference that could be honed over time. From that day, I started writing, collecting and comparing my packing lists. Fifteen festivals, a dozen trips abroad and countless weekends away later, I have arrived at something pretty solid, which I share now for people who hate packing as much as I did, or who agree with the lifestyle design principle of improving situations which regularly annoy us.

It is probably worth mentioned a couple of drivers in the choices I have made:

As Seneca said, ‘May your faults die before you do’. I’ve got many left to fix, but being bad at packing is now safely interred. I even enjoy it.

This list is made up of a core which rarely changes, then a series of bolt-ons, which are groupings of things I commonly find I have to add for certain types of trip. There is some duplication between different bolt-ons so beware.

(Starting from the top) 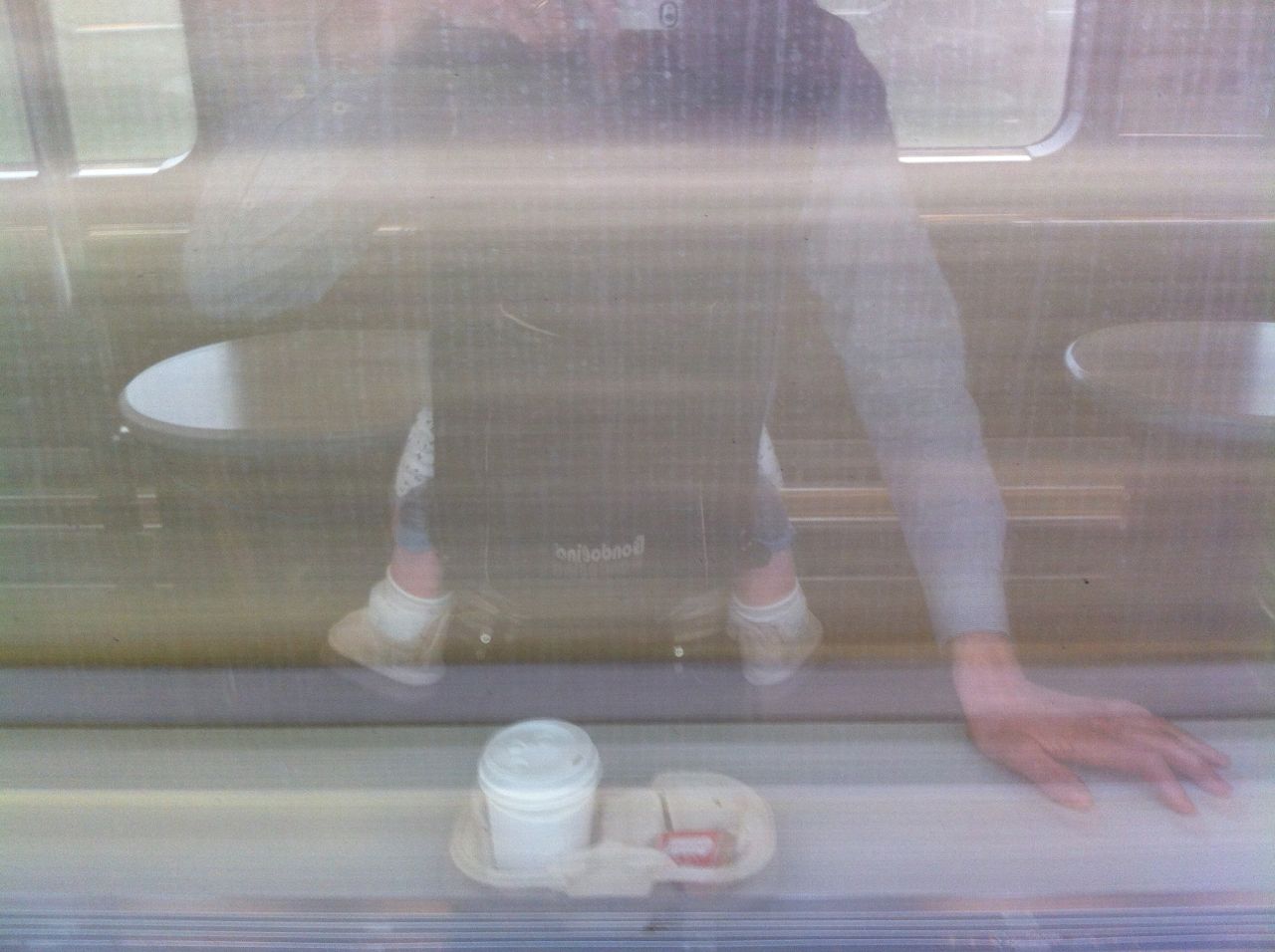 This week we took our 5-month old by Eurostar to Paris. The experience of travelling with a baby is adding a new perspective to my journeys. Long-distance train travel with a baby is by no means impossible. The couple travelling opposite us on the Eurostar last Friday were on their way to Florence by night train, having recently travelled to Venice and to Madrid by sleeper with their well-travelled toddler. Most things still feel possible – I just feel I want to know a little more in advance. So this post is for the benefit of other people seeking reassurance about travelling on Eurostar with a baby. END_OF_DOCUMENT_TOKEN_TO_BE_REPLACED

Every omelette* has a story to tell. The first omelette was in Istanbul. It was on a Wednesday morning, having just arrived by train by a round about route from Paris. I was due to be meeting Dan outside the Agia Sofia mosque at some point in the afternoon, but didn’t feel like sightseeing in between, so I installed myself in front of a tiny street-corner cafe and killed three hours explaining to the owner that I was vegetarian using freshly garnered phrases in Turkish.

Omelette number two was rustled up in Coffee Nadiri. After spending our first night in Tehran in a soulless 4 star hotel, we relocated to a much more friendly place down the road, hotel Nadiri. During afternoons and evenings, the tea room underneath is humming with young people. It is a pleasant respite from Tehran’s bustling streets. But if you are looking for a dose of coffee before noon then is to the sister establishment Coffee Nadiri in an alley around the corner that you must go. It is in this small tiled room that we first saw an omelette cooking technique that we would see all over Iran. Omelette was apparently the only foodstuff on Coffee Nadiri’s menu, and the smart khaki-trousered proprietor had all the components and tools laid out before him. Arriving at opening time, as we did, we got to see the chef/manager’s entire routine. After sweeping out the tiled floors and feeding the budgie, the delicious corrugated bread is delivered. The tea samovars are prepared (Dan will surely write his own post about the tea routine), tomatoes are diced and onions are chopped and the cooking starts. Into an aluminum pan goes butter, the eggs and the tomatoes. The pan is tossed about using a spanner and then when the concoction is just ready, the hot pan is put on a tray with a hunk of delicious bread. Simple but very tasty.

Omelette number three was out East. We had arrived in Gorgon and felt a long way off the tourist track. We had found the town’s bazaar and over the road a tiny cafe with a spiral staircase up to a balcony overlooking the market. By now we had our Persian ordering phrases down to a T, so to speak, and a tomato ‘kuku’ was sent up to us. Here, the same delicious corrugated bread, but this time accompanied by some raw onion. Eating the onion was a mistake – I didn’t speak to a girl for almost a week!

Omelette number four was part of a wonderful spread cooked up for us by Katy’s mother. We had met Katy and her family on the train down from Istanbul and they had invited us to spend several days with them in their home city Shahrud. We took them up on the offer, and Katy’s mum had plenty of time to cook up an unending supply of vegetarian food to expand our stomachs. The omelette in this spead is vegetable flavoured and situated over to the left. In the middle is a leeky rice dish. It is cooked in a butter-lined pan in the oven so that the outside forms a tasty crust. The whole lot is turned over when served up. Bottom left is a soft flat bread. It appears that when we crossed the mountains between Gorgon and Shahrud, the corrugated bread got left behind. Just off to the right is my favourite iranian dish, kashka bademjum. Bademjum is aubergine, and kashka appears to be untranslatable but available in Iranian shops in London I am told. Also of note is the bowl of green leaves at the top, made up entirely of fresh herbs. And in the jug at the top right, doukh, a sour yoghurt drink. We stayed with Katy for three days, and each mealtime, a spread of these proportions was unveiled. Quite incredible!

Omelette number four in this hall of fame was found in a posh hotel in Yazd. I say found because it took us a long time to track one down. We had been up early touring this extraordinary desert town’s streets before the tourist hoards hit and were suddenly hit by a burning hunger. But none of the restaurants we found would sell us anything vegetarian. We were directed down the street to a breakfast place that looked like it would never arrive. In the end we gave up and walked into the brand new and completely empty Hotel Dad. We asked the receptionist if an omelette could be prepared for us even though we weren’t guests. They were only to happy to pamper us and direct us to this enormous and empty dining room. There we sat for half an hour ( I am sure that they were waiting for the eggs to be laid ) while at least five different waiters brought out drinks and bits of cutlery one by one. Eventually, our food arrived, but rather than the queen of omelets that we had been expecting, a fired egg in tomato sauce arrived. I would say I was a little disappointed not to score an omelette but it was the tastiest fried egg in tomato sauce that I have ever had.

Omelette number five signalled our return to Europe. I had tried to return to the cafe in Istanbul where I had spent three hours ordering my meal last time. This time I tried to speed things up by showing the man a picture on my camera of the omelette that he had cooked me four weeks before, but he just didn’t get it and kept trying to take a photo of me instead. So it was that we had arrived in Budapest after two days of train through Bulgaria and Romania and were pretty desperate for an egg fix. Budapest being the train hub that it is, I had past through the city several times on my travels and without a map, I have always been able to find my way through the back streets to this luxurious breakfast place. That morning was no exception, and in travel-grimey clothes we sat amongst the well groomed and ate an omelette that must have cost more than all the omelettes we had in Iran combined.

Omelette number six was a rather sad affair. Not only was it on the last day of our trip, in Zurich, it was also rubbish. Just look at the bread! Give me Coffee Nadiri any day of the week!

*Being a vegetarian traveller in Iran is not impossible but it is not either. Omelette was about the best source of protein we could lay our hands on. Hence the obsession.