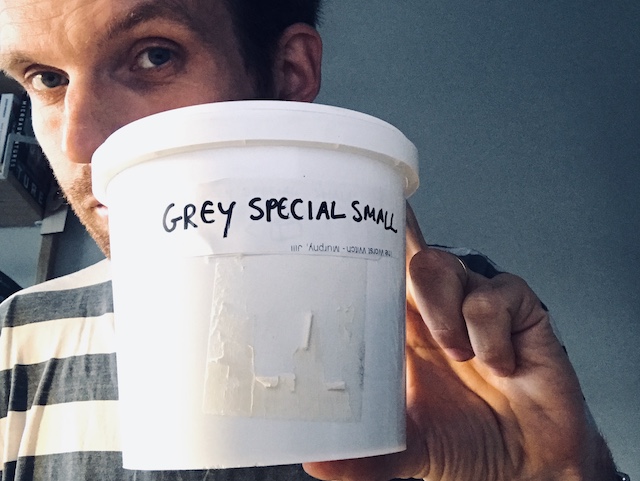 With our household suddenly in self-isolation pending results of a Covid test, my daughter and I are back playing lego together and I’m revisiting that recurring question: how best to sort our Lego? But this time I think I have landed on a method that is standing the test of time, and one which has wider philosophical benefits.

END_OF_DOCUMENT_TOKEN_TO_BE_REPLACED 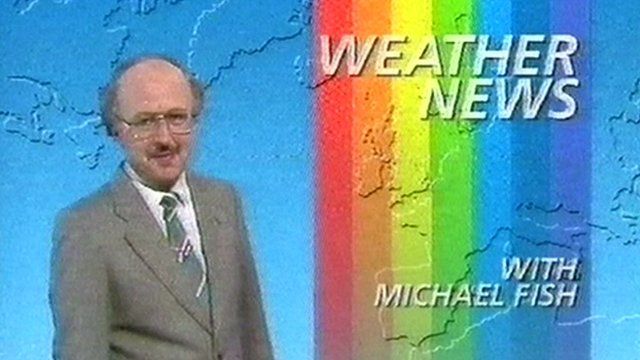 My daughter is now seven. I have been trying to remember what being seven was like for me. Memories start to become more frequent around this time. Some major changes were going on for me around then, moving house, moving school, parents divorcing. Until recently I would have said I could clearly remember when and in what order these big events in my childhood happened. But when I tried to write these down, it seems my hard drive is more fragmented than I had realised.

So I started to recreate my picture of seven on a piece of paper, and in conversation with family, started to fill in the gaps. This is what I’ve managed to piece together.

END_OF_DOCUMENT_TOKEN_TO_BE_REPLACED

This question came up on the way home this evening. On the back of the tandem, my daughter was experimenting with counting in French. Things were going fine until we got to sixty-nine. And then I explained that French for seventy is soixante-dix, literally, ‘sixty ten’. Without turning round, I could feel the look of bewilderment on her face.

END_OF_DOCUMENT_TOKEN_TO_BE_REPLACED 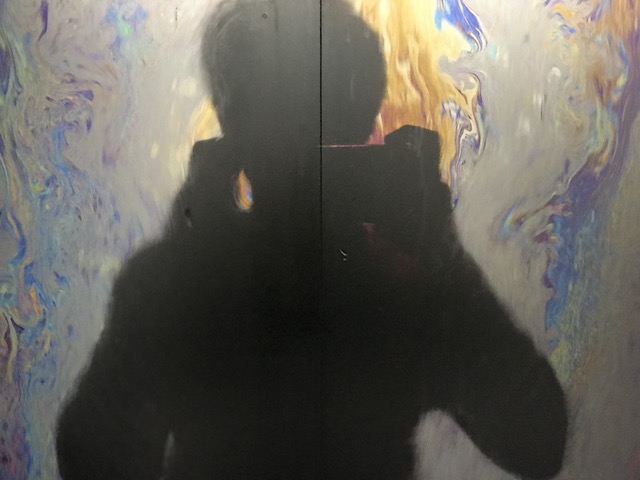 This afternoon I headed to We The Curious with my daughter for a summer holiday treat. The highlight was the giant sheet of bubble you can make there by dragging a sort of rollerblind contraption through a soapy solution. The result is a vertical bubble surface that flows and swirls with irridescant eddies. When you blow at the surface is distorts out of plane, like a bullesye from a spun pane of glass, or a portal to another dimension.

And then without warning, ping, it disappears without a trace.

[Written in May, posted today] Saturday was the chance for my one of my favourite kinds of parenting: the kind where I can go on a journey with my daughter at her pace, stop and look at various bits of engineering infrastructure along the way, and then move on when we are ready.

This weekend’s excursion was along the Frome Valley in East Bristol. Near where we live the river cuts a steep gorge through the limestone landscape that forms a lush green necklace that weaves its way through our neighbourhood. It is an excellent off-road route for cycling.

END_OF_DOCUMENT_TOKEN_TO_BE_REPLACED 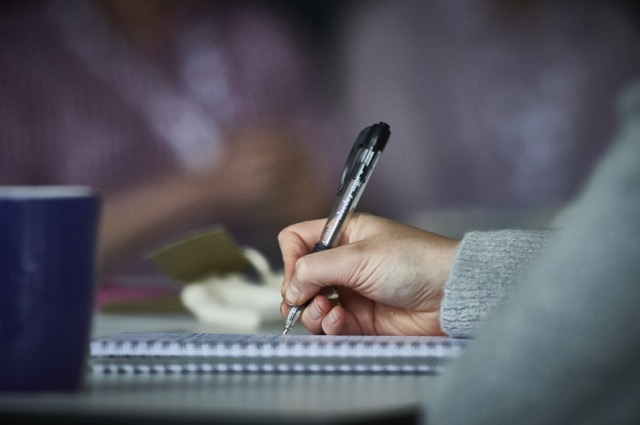 Today I went to a phonics briefing meeting at my daughter’s school. I joked beforehand that we were going to a phonetics briefing session, liking the idea of working out what all those symbols you see in a dictionary mean, the ones that look like thermodynamics equations. But when you stop to think about it, spelling in English must be equally incomprehensible to the unititiated. I’ve realised that beyond spelling out simple three-letter words and stringing them together to create dull scenarios involving recumbant felines on carpeting, I simply don’t understand how to help my daughter spell out most words.

END_OF_DOCUMENT_TOKEN_TO_BE_REPLACED 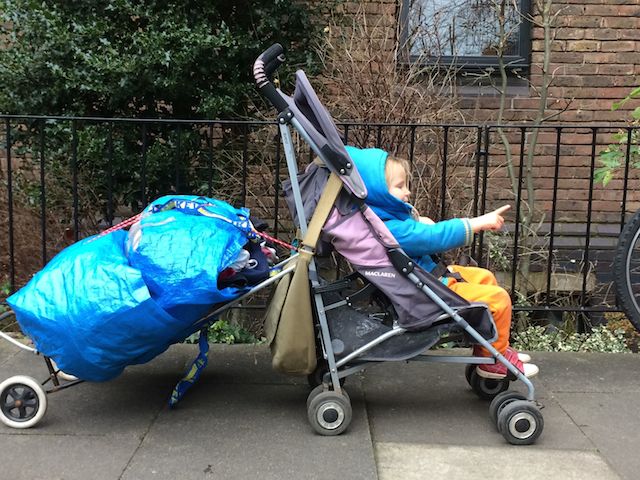 In 2012, as I was preparing to begin my parental leave, one of my colleagues told me about an engineer he knew in New Zealand who quit their job in order to become a full-time parent. As the story goes, within a few months that engineer had all the household systems optimised freeing up lots of time to play golf. Now, knowing very little about the circumstances of the parent in question, their parenting style or their support network, so I took the story with a pinch of salt, but it did plant the seed of the idea in mind that all those processes and routines that make a household tick can be thought of as a series of systems which can be optimised.

One of the big changes I’ve noticed in becoming a parent is a shift in mindset from one in which it is possible to complete a task and move on to the next, to one in which you are constantly in the middle of getting lots of things done. The GANTT chart for being a parent would show a series of overlapping tasks that repeat for years at time within a programme time-frame that lasts around twenty. You are always planning the next thing, or two things ahead, at the same time as clearing up the last.

It is a paradigm shift. You are constantly in operational mode, with very little downtime – tiny variances can cause the system to wobble; winter vomiting bugs can send the plant into meltdown – but you do have some freedom in how you operate that system. And that is what the engineer in me muses on, usually when doing the washing up or hanging out wet nappies. Of course any optimisation process requires a target variable to minimise or maximise. It is tempting to assume, as the anecdote above implies, that target variable should be free time; however I think that fulfilment is a better thing to aim for, because there is plenty in parenting that is enjoyable. The system optimisation should take things that are unenjoyable and either reduce time spent on them, or make them more enjoyable. The system optimisation should also increase time spent on more fulfilling tasks.

In short becoming a parent replaces unstructured time with routine. The aim is to make that routine as enjoyable as possible for you, and to make it resilient enough so that you can every so often throw it to the wall and go to the seaside for the day. Now before I go any further, I don’t mean to say that our system is fully optimised, although I think we are doing ok! But I do want to chalk up a minor victory today, which has prompted me to write this post.

I noticed a few months back that we were always doing washing. There was always some to wash; some to hang out on the line; some to bring in; some to put away. So, wearing my systems hard hat a few months ago, I decided I would try and crack this nut. Here are the parameters:

I’m a firm believer in batching things to do them more efficiently, so I decided that my Mondays at home with my daughter would become wash day. The idea was to line up all the loads of washing back-to-back in the washing machine, with no downtime between loads, and then to take the whole lot to the launderette for drying in the winter. In the summer there will be a washing line version of this plan.

While the washing bit works fine, the plan throws up a considerable transport challenge: how to get five loads of washing to and from the launderette with a toddler in tow at about 5pm when the clock is ticking before bedtime. I’ve been struggling to overcome this challenge for weeks now, and not for want of trying different approaches:

Then, the solution emerged in two parts. One of the stressful bits is doing all of this to-ing and fro-ing close to the little one’s bedtime. So now I do all the washing on Sunday night and early Monday morning so that we can take it up around 10am. While it is whirling round and round we go off to a music session in Finsbury Park. When the music’s done, the washing is dry.

But the real winner came today when I brought an old shopping caddy into my service. I can just about bag up all the washing and fix it to the caddy with bungees. It is then a doddle to push the pushchair with one hand, and tow the trailer with the other.

So, system improved, which means I’ve got a little more time to spend doing things like writing blog posts. 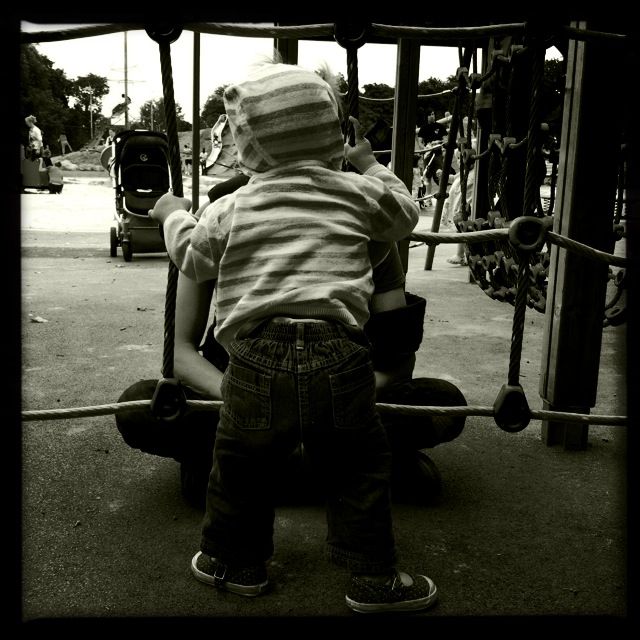 Since April, through a mixture of parental leave and part-time working, I’ve been the primary carer for our daughter. Tomorrow I resume (almost) full time office work so I thought I’d take a moment to write down some of the highlights of being a full-time stay-at-home Dad.

Of course there have been low points. There have been some afternoons when I have looked at the clock at 2pm and wondered how I’m ever going to get to bedtime. Norro virus was the nadir. But you get through. Overall though, these last five months of parental leave have been fantastically rewarding.

I am delighted to see more parents sharing the parental leave. I now ask prospective Dads not if they are taking parental leave but rather how much. The question still comes as a surprise to some, but I hope that one day, shared parenting is the norm.

During my parental leave I am doing one ‘keeping in touch’ day a week. On that day, I deal with important queries on Think Up projects. Since my time in the office is very short, these keeping in touch days are an intense snap shot of lots of the stuff we are working on at the moment. Here are some highlights:

I’ve heard that becoming a parent makes you more productive in the office. So far, keeping in touch days prove this to be true. 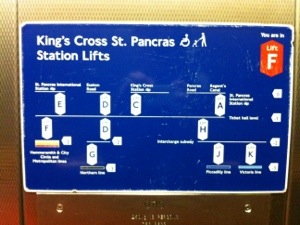 Pushing a pram, as is my new daily habit, has made me much more aware of the relative accessibility or inaccessibility of London. Today I decided the best option for step-free interchange was to be at Kings Cross, where upon arriving I was presented with the lift schematic shown in this photo. Step-free, no doubt – and that is an achievement in itself – but by no means simple. I had to help two other sets of travellers interpret the map as we processed around the station.

While I may criticise, the Underground is significantly more accessible to buggies than the Paris Metro, where there are simply no prams to be seen.

I am of course fortunate that my access requirements are such that, should it be necessary, I can carry the buggy down the stairs. But pursuing step-free access around London does cause me to try out new routes, and to discover bits of stations that I’d never noticed before (at London Bridge, in particular). Perhaps not very profound, but another example of how parental leave is giving me a new perspective on things!